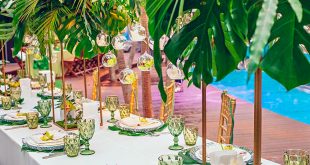 The period of the 20th century was the scene of changes that went from the emergence and consolidation of modern architecture, to the dissemination of criticism and various theories of the movement as the architectural production of the same period. The expression and experimentation of architects is reflected in the interiors that today we consider “classical”, due to the relevance they had for the debate and production of the following decades.

The characteristics of classic residential interiors represented not only the owners’ way of life, but also the consolidation of a certain identity in the architects’ design form, making use of copyrighted furniture and experimentation in the organization of spaces.

Many interiors designed decades ago, symbolized ideas of innovation in still conservative contexts and resisted the vicissitudes and challenges of the time, remaining as true references in matter.

That is why we selected ten architectural classics published in ArchDaily whose interiors – inserted in contexts marked by changes in thinking, experimentation and design innovations – stood out as spaces for the expression of ideas and styles that still inspire architects around the world today. Check it out below

The narrow openings in the facades adjacent to the staircase establish complex intersections of natural light and shadows in the interior spaces. These patterns are actually the only decoration of the space. The material austerity is another characteristic of the project, which basically uses concrete, wood, little furniture and natural light

From the entrance door to the interior of the house, the materiality of the floor changes, becoming more and more domestic and intimate, from stone to tiles, to wooden floors and carpets. Wood is also the material that constitutes the existing columns in the whole project and the pillars in the stairs, which go back to the verticality of the birch forest that surrounds the house

The house is divided into two well-defined parts: one houses the living and dining room and is dominated by large glass openings, which also form a central courtyard; the second part consists of the bedroom and service area, which occupy the rear modules and form the massive, opaque part of the house

The spaces are classified according to their activities, through double height ceilings, which also respond to the requirements of the owners to be able to observe the houses from any internal angle. Ponti elaborates diagrams in levels, highlighting the different visual lines that can be built through successive spaces

The house shares a central social area to which the rooms, located at the ends, are connected through galleries and terraces that interconnect the spaces. The flow from the interior space to the exterior is not simply a spatial condition, but a question of materiality that creates a sinuous experience. Glass and steel make the house bright and open, and the light stone blends with the earthy tones of the surrounding landscape, rocks, mountains and trees.

The polychromatic scheme inside Villa Roche -dark grey, pale blue and red-, in contrast to the totally white exterior, adds to the asymmetrical layout of the house and harmonizes its configuration. Le Corbusier describes it as picturesque, full of movement, but at the same time it requires a classical hierarchy to discipline it