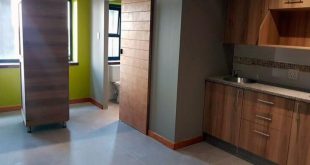 Decoration proposals for a bachelor flat 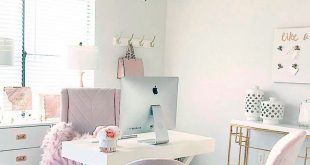 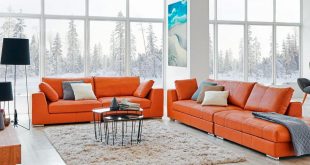 In Taiwan they also leave tapas. Mary discovered it during her time in Oslo last year. He also found that he could go around the world by bicycle and understood a little more about Kazakhstan and its controversial political and international situation. He knew closely the hard story of Zarek, a young Polish man who had left everything, wife and newborn child, in search of an opportunity. And all in just two nights and without moving out of the apartment of that strange but harmless Norwegian old man who took them in exchange for a bottle of Vodka.

From Copenhagen to Oslo, passing through Stockholm, sleeping from sofa to sofa, Maria and Ruth traveled. “We did it for the first time in Stockholm, where we were welcomed by a lady who had traveled all over the world, it was an incredible experience and so we decided to repeat it, then we met the Kazakh who worked at the UN and the American who was riding a bike, hitchhiking,” Maria recounts without being able to avoid smiling as she remembers.

The ‘Couchsurfing’ rules are simple, at least in theory. It’s a social network where you create a profile, but instead of posting vacation photos, you offer a sofa, a bed, or a roof to sleep on for a few days, without getting a cent in return. It is posed as an exchange, like the one obtained by Inés. “I wanted to practice a language, so I decided to do it and went to France, the experience was very positive,” says the young woman who now shares her own bed and has already hosted four girls.

In Valencia there are 21,537 people who, like Inés, welcome visitors. This way of travelling opens the way between the apartments, which already have 16,053 places, and the hotels, with 38,715. Where some see a way to travel and have new experiences, others see a new competitor entering the scene.

It emerged as an altruistic initiative to bring those who flee conventional tourism and seek cultural immersion into contact. But the platform has not been without controversy. With his go-to, he lost his scent. They now limit the messages you can send through it and the users are sold: either they give all their personal data or they pay more than 50 euros. That’s how it works. Their role is that of intermediaries, but they will never be held responsible for what happens between users. “Who is responsible? If they cause you damage, whether material or physical, even if you claim they will never be held responsible, they will say that they are intermediaries who contact people and the user cannot claim. We are talking about a problem of responsibility”, explains Julio Tío, information officer of the Valencian Association of consumers and users (AVACU ) who points out that there are always interests, either ” in our data or on the phone, they seek to access our contacts, in this case I don’t know where exactly the benefit will be, they may be interested in our data, but of course there are interests despite giving the altruistic image and of a collaborative and free platform, there are.

A verbal agreement based on mutual trust. That’s the only contract established by travelers who surf sofas. But business can come later. Some of the” hosts”, as they are called in the app, after accepting a traveler looking for a couple of nights to spend, might be asking for money under hand. “These kinds of platforms under the pretext of a cultural exchange aim to provide free accommodation but we know that some people after the agreement, try to have some kind of economic reward”, denounces Vicente Inglada, Secretary of the Consumers Union of the Valencian Community.

It is impossible to verify whether these fraudulent practices are widespread. In Spain there are already more than 686,565 people who welcome tourists in this way, and it is an international community of 12 million people in more than 200,000 cities around the world.

Inés was traveling alone. He tried, unsuccessfully, to have a woman take him in for his Week in Bordeaux. Several boys had already contacted him through the app and seeing that the night was approaching, he had to assume that he would have to stay with one of them. “When I got to the house and met the host I felt very uncomfortable, the house was a mess and he was a little weird. The next morning I decided to leave, because I wasn’t comfortable, although nothing happened and I wasn’t afraid either,” he says. She met another guy who took her to her apartment, ” she lent me a room for me, I didn’t have to be on the couch and the house was very cozy, plus she was very nice, we went to visit the city together and made me a guide 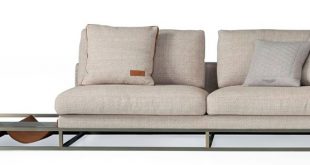 Most expensive couches in the world